LAND InSIGHTS is the driving force behind the Montreal First Peoples Festival, a multidisciplinary artistic and cultural event that makes Montreal the nerve centre of Indigenous creativity from the three Americas for ten days in August.

We set three strategic objectives upon our foundation in 1990: create a major First Nations festival in Montreal, commemorate and remember the Great Peace of Montreal 1701 upon its tricentennial, and secure a permanent home for First Cultures in Québec’s metropolis.

Mission: Link the artistic and cultural renaissance of First Peoples to the cultural dynamics of a major metropolis within a sustainable development perspective based on friendship between peoples, diversity of sources of expression as a collective cultural wealth to share and recognition of the specificity of First Nations.

Year after year, Land InSights has developed a collaborative network with many Montreal institutions interested to include an Indigenous cultural component in their programming. This type of development has proven most emphatically relevant with the agreements reached with Pointe-à-Callière for joint organization of the celebrations of the Great Peace of Montreal tricentennial.

Right now, the projet for a cultural space in Montreal has once again come to the forefront. Land InSights handed the baton to DestiNATIONS, a new body it contributed to create that will administer the future establishment. Several Aboriginal cultural bodies in Montreal, including Land Insights, will have permanent tenancy status and will act as partners in programming.

LANDINSIGHTS is guided by an nine-member board. Most members belong to a First Nations: Mohawk, Huron-Wendat, Algonquin, Atikamekw or Innu nations.

LAND INsIGHTS has proven able to create a space for affirmation and recognition, in its organisational structure and its activities. If the bridge may still seem fragile, the confidence the many partners as well as artists in all disciplines have shown for more than twenty-five years gives its existence its full meaning and confirms its necessity.

Land InSights has been awarded the Jacques-Couture prize for intercultural rapprochement (2001) awarded by the Government of Québec, and two Mishtapew prizes, awarded by the First Peoples’ Business Association; the first was Cultural Firm of the Year Award (2001) and the second was an award recognizing the impact of its activities in the French-speaking world, Prix Radio-Canada de la Francophonie (2002). In 2015, the Montreal First Peoples’ Festival has been recognized Best Touristic Event by Tourisme autochtone Québec (TAQ). 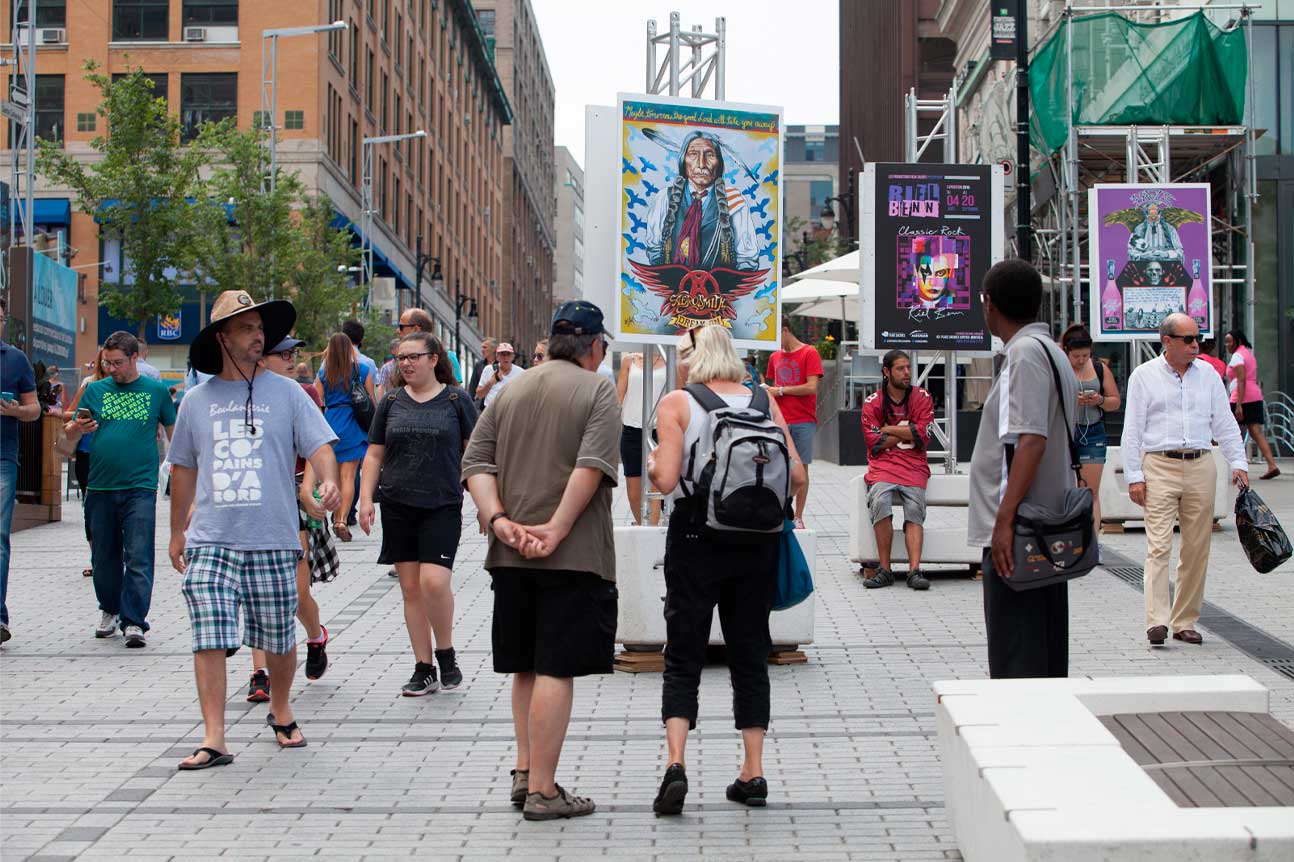